Judges Choice at the 2019 Addy Awards!

I’m sure you’ve all felt the press; it’s October, it’s getting colder, and you’re trying to wrap up your projects so that you can go into Christmas vacation with your to-do list full of checkmarks. You want to be able to hit the ground running in the new year.

You send that last email and look up, but wait, the calendar says it’s January, now February, now March. Holy crap, the new year is a quarter over. Where has the time gone? 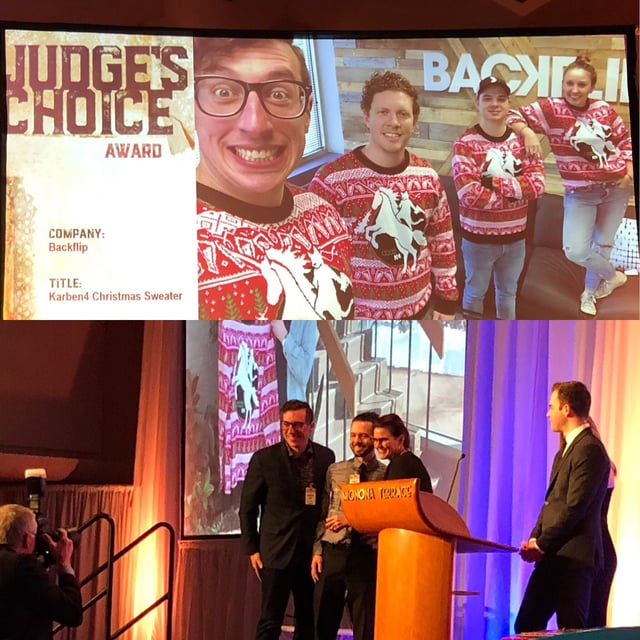 As I get older, I feel like time is speeding up. Months go by in the blink of an eye. (This plays into how we perceive the past. When you’re 1 year old, a month is a long time because it’s 8% of your life! When you’re 30, it’s just .2% of your life, and so on. As we age we do perceive time to go faster when looking back and comparing what we’ve accomplished. Ok, enough tangent.)

It’s why I think we need things, like award shows, to take a breath and take stock of the previous year before we bull-rush into the next. February 16th, 2019 brought us such an occasion: the Addy Awards. An award show that is put on by the Madison chapter of the American Advertising Federation (btw, am I the only one thinking about Star Trek with ‘Federation’ in the name?).

As we prepared entries for the competition, we were able to look back and reflect on the work that we’d done. We were able to lift our heads from the constant push and critically think about the last year. What had we done that we were most proud of? What new work or clients were we excited about. This lead to a long list of entries, of which we selected a handful to be entered. At the end of the day, we wanted to submit everything but we had to stay within budget ;) 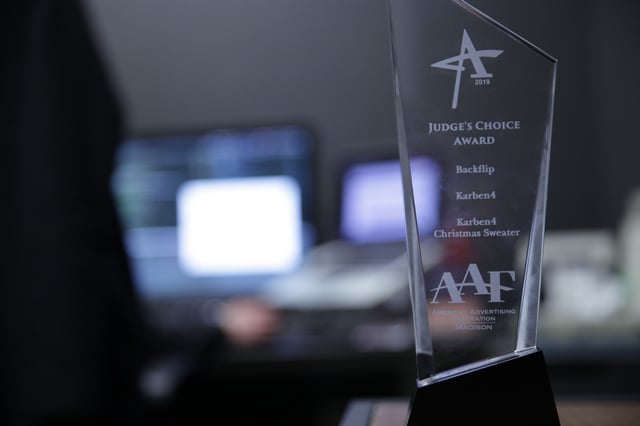 We are humbled and pleased to announce that we took home several awards. We received:

I'm so very proud of the outstanding work our team has done this year in web, brand, and video. More importantly, we've helped our partners reach their customers in an awesome way.

It is nice, however, to be recognized in front of our peers for the rad work we get to do.

Here's to our clients, as always, these are for you!

← FAA Authorized to fly anywhere in downtown Madison, WI
How to get a job as a director? Start at the bottom. →