How to get a job as a director? Start at the bottom.

How to get a job as a director? Start at the bottom.

I get a handful of resumes each week from aspiring filmmakers that are anxious to step out into the world of professional video production and begin their careers as… wait for it…. Directors. Ok, that’s awesome! I’m glad you have high aspirations for your career in film. But let’s start with a little wisdom I’ve picked up after over 10 years in the industry. 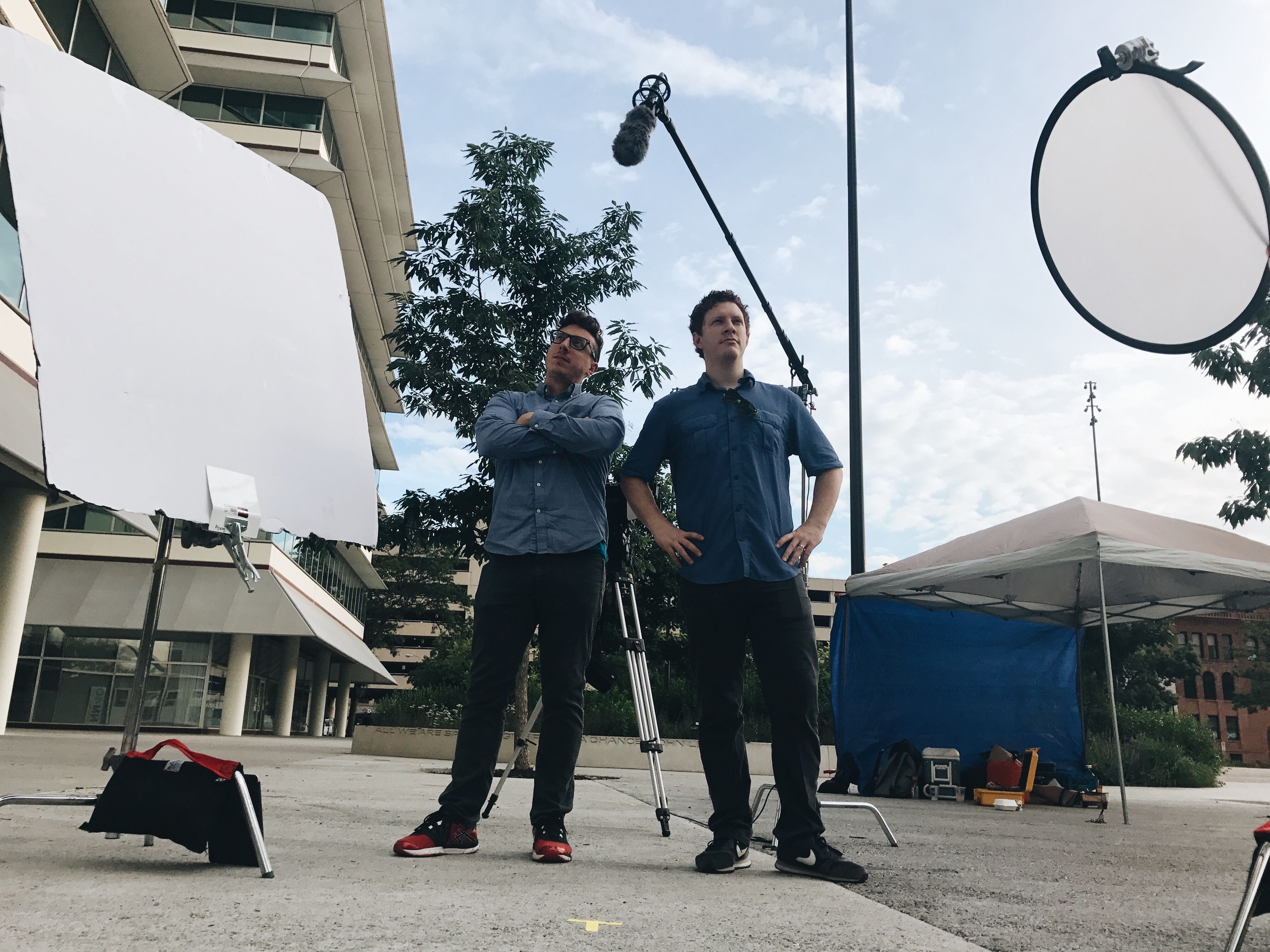 *Alright, don’t split hairs with me. Maybe you went to a special “Dis is how you be Directorz” school. Maybe you actually want to be a producer. I still won’t put you in that role right away. Here’s why...

After graduating from college with a degree in Communication Arts: Radio, TV, Film, one of the things I knew the least about was actually working in the production industry. I think this is a fairly common experience among graduates of liberal arts film programs. We may be able to describe Ozu’s mise en scène or explain the Kuleshov effect, but how does one go about becoming a line producer or a director of photography in Madison, WI? Part of the answer comes from the understanding that the video production industry both in and outside of the midwest is really run on an apprenticeship model: Start at the bottom and work your way up as you learn from experts above you.

My first day on the job as an intern for dphilms in Rock Island, IL was an eye-opener. I showed up with my put-me-in-coach attitude on the first shoot day for a Hyundai spot. The first task: get all the hero cars from the dealer’s lot into the expo center that had been rented out as the “Showroom” set. Each available crew member chose a car and drove it to the expo center: The editor, the producer, the dp, a grip, the camera operator, a few others, and me. We arrived at the set, carefully parked the brand new cars, and then piled into a vehicle to head back to the lot for more as the DP, gaffer, grips, etc stayed behind to begin lighting and building the jib. A few trips later, we had the hero cars lined up and ready on location.

Great, time for me to start directing, right?

Nope. The editor (who must’ve been filling in as a role in the art department that day) informed me that we would be detailing the cars. “What’s detailing?” I thought to myself as I asked some sort of question to gain context. We would spend the next hour or so meticulously cleaning cars as the rest of the crew got closer to the first shot.

Finally it was time to roll the first take. My job… stand in the back and be ready to jump the moment someone asked for something. Like coffee, probably. Somebody somewhere yelled “background” and somebody somewhere else yelled “action.” 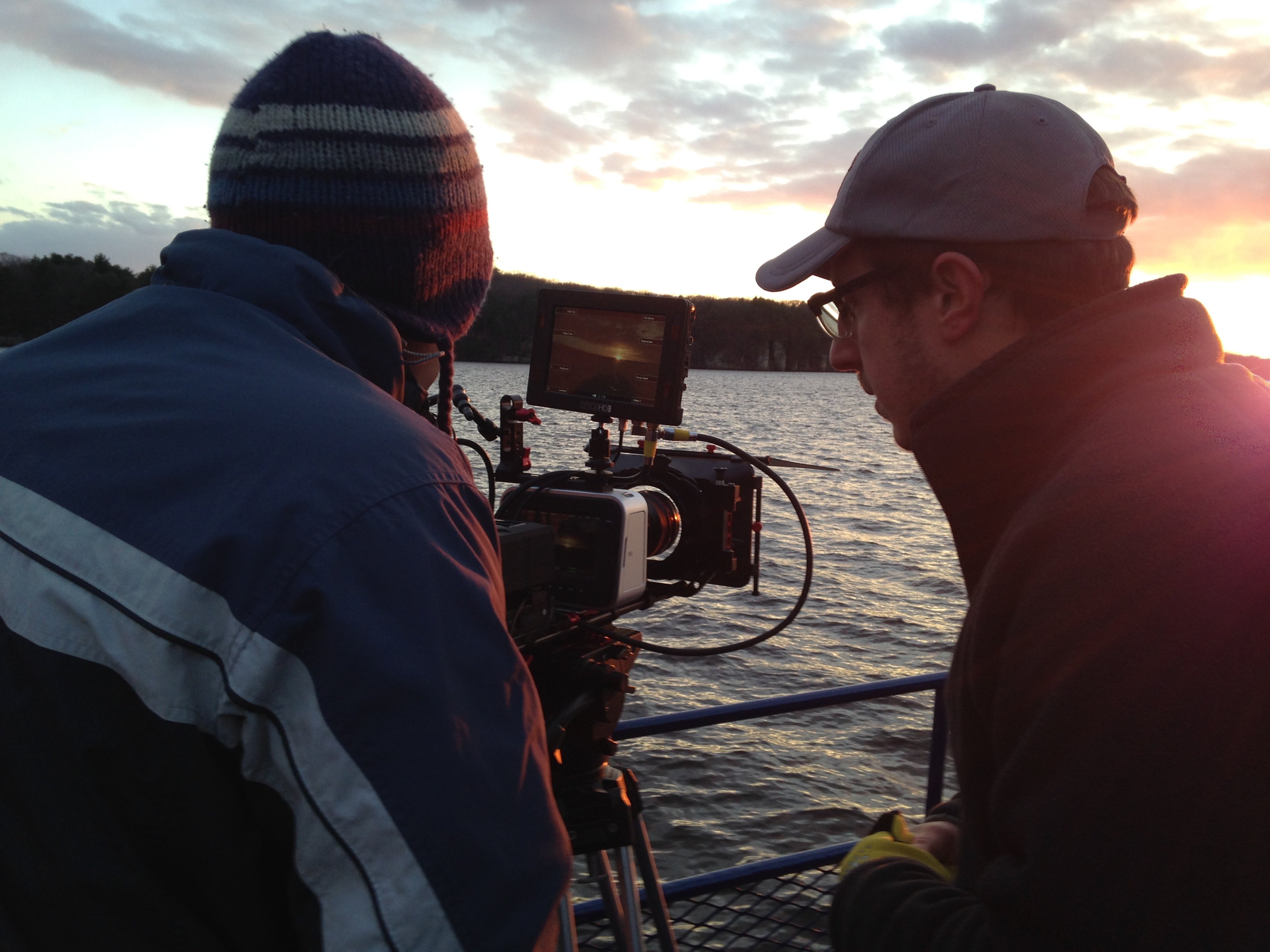 The jib went into motion, the actors moved around, and the agency kept asking questions related to how easy it would be to change the numbers on the pre-printed MPG signs on the cars in the shot. Smh (shaking my head)

Four years of college and a few years of backyard movie making collided in a moment of comprehension. HOLY COW! I am on a professional film set. So this is how this all works!

I had the right amount of humility to hang back but just enough gut to raise my hand when a task came up that I ended up logging shots for the later part of the shoot.

Why don’t you take a first pass at this rough cut?

Go ahead and set up the lights for a basic interview. Ask me if you need help.

Here, just grab a few quick action shots. We’ve got everything else we need. Just keep an eye on your focus.

Slowly but surely, I started to gain responsibility and become a trusted member of the team. My film school knowledge would only prove I was capable of completing a four year degree in those early days. The real world of production is about hustling, problem solving, and teamwork. There are no professors and equipment check-out counters. There are clients and there are questions like “How in the world do we get through all of these shots: now that we had a problem with the talent, now that the client changed their mind about something, with those massive rain clouds coming in?”

In recent years, I’m happy to report that Ozu and Kuleshov have both come up in discussion on client projects. But the film school knowledge that taught me about story, composition, and art can only be effective added on top of a solid foundation that I learned from the experts above me, by starting at the bottom.

This entry was posted in directing, video, advice, production