How I Fixed My Favorite Christmas Movie

Every year since I was little, a family tradition of mine is to watch "National Lampoon's Christmas Vacation". There has not been a year since the film's release that I've missed viewing it, and it's even become a tradition my sister has passed onto her family and daughters. I have seen the movie so many times, you could give me a line from anywhere within the movie and I could continue the rest of the scene without hesitation (these are the "useful" gifts I bring to the world). However, along with knowing every line, I know every production mistake/gaf/goof/error too.

A friend of mine asked if I could make a "Family Friendly" version of the movie since she and her husband love the film so much and want to continue watching it with the kids without having to skip/mute the swear words or inappropriate portions. I obliged and while editing decided to take it upon myself to clean up a few of the production errors too (mostly to see if I could do it). One scene in question is the moment when Clark (played by Chevy Chase) is testing out a new non-stick oil produced by his company on a metal sled. He preps himself and takes off like a rocket down the hill in a giant flash and fireball. 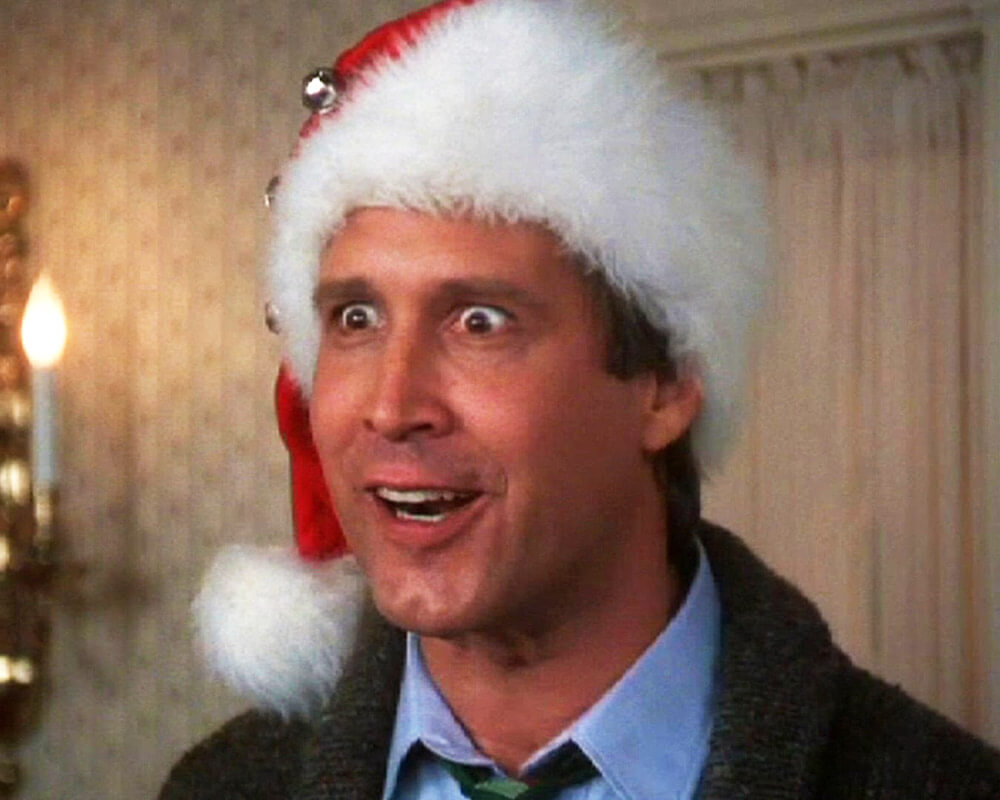 During production, the special effects artists used multiple strings of powerful flashcord, a pyrotechnic that when lit will burn fast and quickly in a bright flash, in which they ran the length of the mountain. They then lit the cord and it simulated a rocked explosion taking off down the hill. The only problem is, they couldn't/didn't cover the cords real well in the snow and for the establishing shot of the hill (prior to Clark taking off down it), you can visibly see the cords lying on the ground. This just would not do in my new edit, so I headed to After Effects.

Taking the shot from the film, I used After Effects' built in "Clone-Stamp Tool" to sample parts of the video surrounding the cords, and carefully erased them from the film. The tool is so helpful at being able to sample the frames continuously, which helped recreate the grain of the movie. I could have achieved this same effect by taking a still frame into Photoshop, using the stamp tool there, going back into After effects and masking it out over the video, but I would have lost the aforementioned grain that helps blend the effect together.

Year after year, I've come back to this movie, laughing at the jokes and reciting the lines with the characters. The extra work I put into cleaning these visual effect shots weren't done in any sort of negative intent, but out of absolute love for the film and the desire for it to be the best that it can be.

Now re-editing "Batman V. Superman: Dawn of Justice" on the other hand....

This entry was posted in Video, Christmas, Fun, Movies, Musings