We live in a world where we take a lot for granted. Food, gas, money, and even entertainment. Rarely do you think about how things got to the way they are today. Often times, change comes about because someone decided to do something differently than had been done in the past. It's this decision to go against the norm that helped shape the entertainment industry into what it is today, even if the change seemed insignificant at the time. Here are 6 Movies & TV Shows that changed the industry forever.

Check out the video below!

1. “Snow White and the Seven Dwarfs”

In a world filled of full length, computer generated kids movies, it's hard to imagine a world where that didn't exist. Disney for the last 80 years has been making a portion of it's revenue from it's animated classics; films that generations have grown up on and loved fondly. However prior to the release of the 1937 animated film, Disney was only known for it's theatrically released short films about Alice in Wonderland and eventually the precursor to Mickey Mouse.

Walt Disney saw a future where full length animated movies would be successful and pushed his animators and the technology available at the time to it's limits in order to produce the film. Even at the film's initial release, reviewers and journalists were calling it a disaster about to happen since no one could comprehend why someone would want to watch a 80 minute cartoon.

Television in it's early days was something of a Wild West: a world of unknown possibilities where everyone was sort of making it up as they went along. Modern day sitcoms have a very noticeable look and tone to them: the multiple cameras filming the set and the audience laughing at the jokes. However when Televison programs were first developed, the studios and crew were coming from their days in theater and stage performances. So, they built sets, filmed it live with one camera (because those things were expensive back in the day!), and would add pre-recorded laughter while airing it.

During the creation of "I Love Lucy" in 1951, Desi Arnaz and Lucille Ball both stated they wanted to have a live audience to perform to. Both had lengthy backgrounds in stage performing and lived off of the reaction from the audience. Also, to help speed up production and give more of a filmic look to the show, they decided to use multiple cameras in order to capture many of the show's over-the-top and messy stunts in a single take. 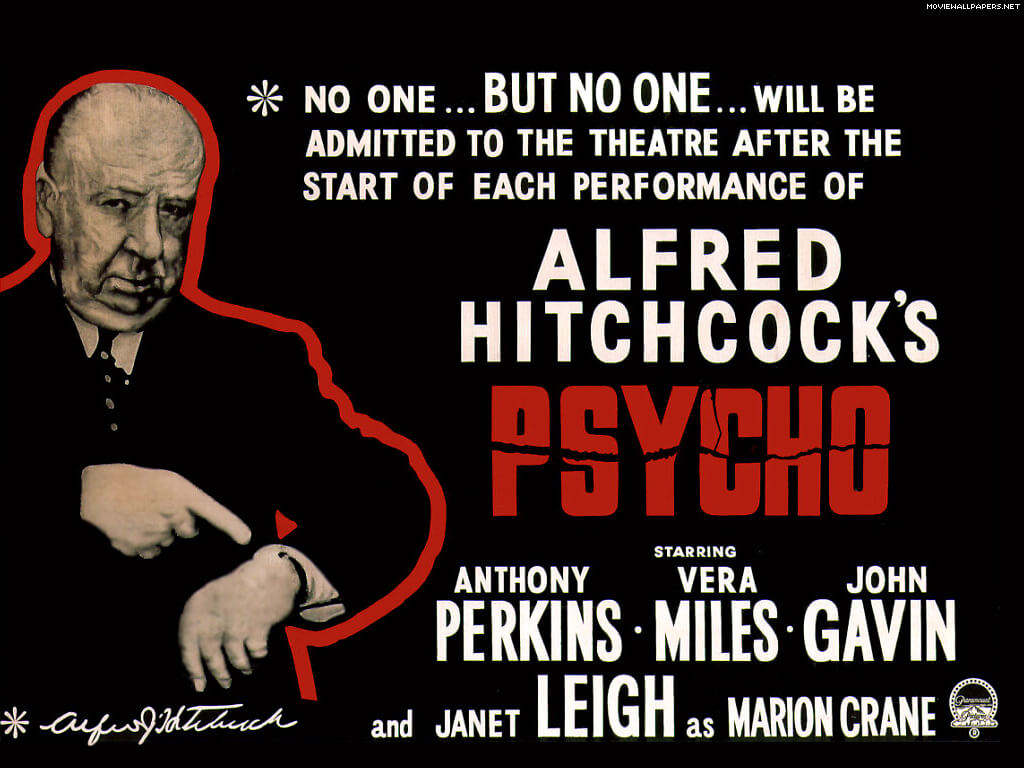 By the time "Psycho" had come out, Hollywood was almost 50 years old and films closer to 70. The system was in place and had been working fine for a long time with no one complaining. To go see a movie, one would head to the theater, purchase their ticket, and walk in to their seat often times coming in mid-way through the film. You'd stay, watch the movie until the end, it would show news footage or cartoon shorts, and then the film would start again allowing you to see what you had missed at the start. It wasn't until Alfred Hitchcock started making a name for himself that he openly admitted his hatred of this setup. He felt if you came into the movie half way through it, you'd miss out on very important character development and plot points that were necessary to get the full enjoyment out of the film.

So when it came time to show his horror/suspense classic "Psycho", a movie that lives on the twist coming half way through the movie's run time, Hitchcock actively demanded the theaters not allow people in after the film started. Marketing the movie with posters saying "No one will be admitted after the start of the movie", he actively created the movie's showtime format that theaters would fully embrace in the coming years, all in the name of maintaining the creative vision of the story. 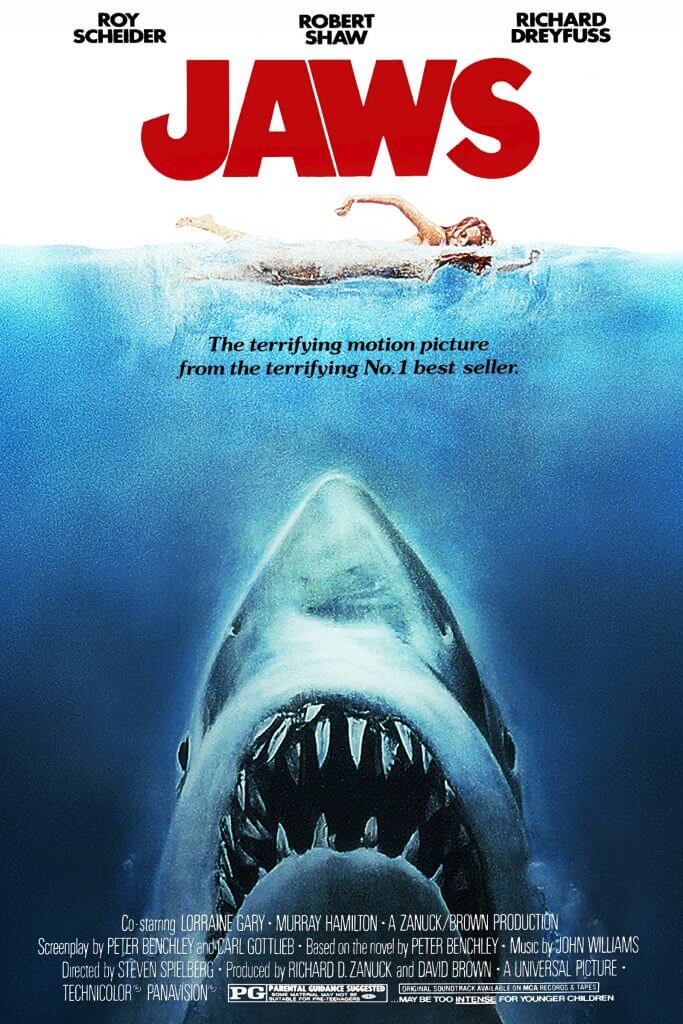 Movie trailers, TV-Spots, and social media ads before EVERY video you watch...advertisements for films are everywhere. Commercials showcasing a movie you might not otherwise have known about are a part of the world today and so commonplace, one might not give a second thought about them. Prior to 1975, movie trailers were kept strictly in the theater. I mean, why not? You were in the theater seeing another film, so why wouldn't you be told about one coming out in the near future? When Steven Spielberg was in the midst of promoting his 1975 film"Jaws", he and the studio wanted to do something different.

Spending close to $700,000, the studio created a 30-second advertisement that they aired during prime time on the national networks, advertising the film's release in three days. So what, right? Actually, it turns out the airing of these spots created so much buzz and additional public awareness for the film, that it helped it become the blockbuster it's known for today. By showing the ad on television, the movie had reached a whole new audience who would have otherwise never known about the film's release. Shortly after, other studios saw what Universal's risky decision had done, and actively started getting in on the action, ultimately leading to a world where trailers are everywhere. 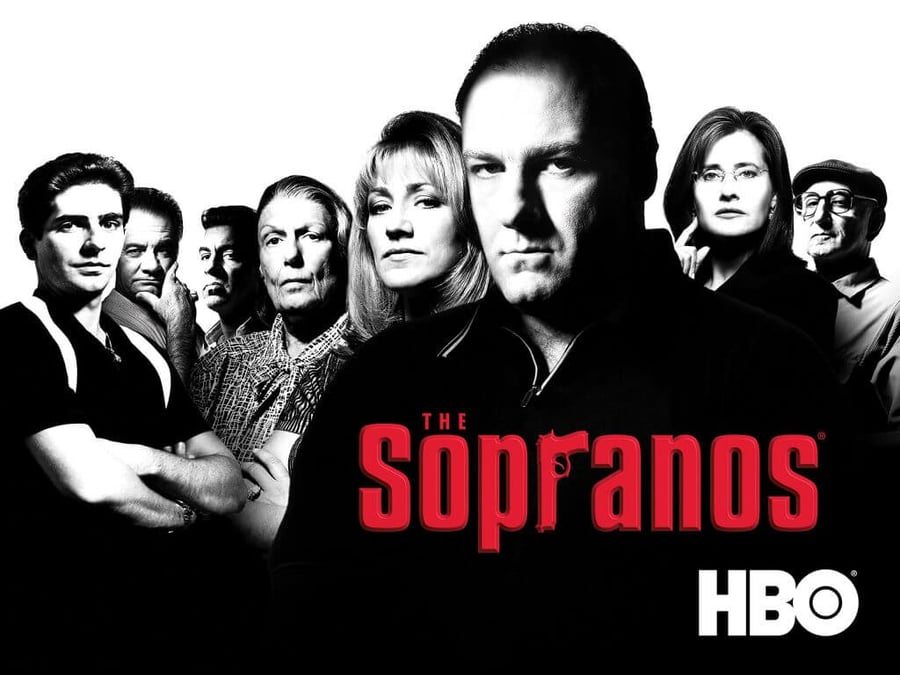 By the late 90's, television had become saturated with over the top sitcoms, police procedurals, and sappy family dramas. Actors in these shows were often time TV made stars or movie actors who had fallen out demand and needed the work. The studios knew it, the actors knew it, and their lack of ambition often showed through in the quality of the programming itself. Many higher-ups in Hollywood saw television as a place to "go play" and not somewhere quality work would ever be shown. That is until David Chase created "The Sopranos" for HBO.

The show was risky in many ways. No one in America really produced hour long dramas for television with the quality of a big budget Scorsese crime film. HBO was known for it's movies, generally being the first stop on a film's release to the home market (after Pay Per View of course). Taking a show about a man desperately trying to balance his family life and his criminal organization, filled with unique and intriguing characters, plot arcs, events, and acting that easily outshone those done by Hollywood's "A-List" celebrities, the show quickly started winning awards and gained notoriety in the public's eye. The producers proved to the world that you could bring Hollywood to the small screen. Soon, the filmmakers who couldn't break onto the big screen found a new home on television, and ultimately laid the ground work for shows like "LOST", "Breaking Bad", and the original programming on NETFLIX and Amazon Prime.

Okay, this one is pretty easy to assume. Prior to the release of "Star Wars - Episode IV: A New Hope" (or simply known as "Star Wars" back then), there were special effects ridden films already. Stop motion brought creatures to life for close to 50 years at this point, Stanley Kubrick's "2001: A Space Odyssey" had already wowed audiences with it's practical and visual effects, and the miniatures and matte paintings in films like "The Poseidon Adventure" and "Earthquake" had tricked audiences into believing the studios had created real disasters for their films. However after all was said in done, this work took a lot of man hours to complete and was far from perfect.

George Lucas was in the midst of production on his little known sci-fi adventure when he started thinking how he was going to achieve the look he wanted for his story. He knew the half century old techniques everyone was using weren't going to cut it and new ways to achieve better, more realistic effects must be developed. So with the help of John Dykstra (appointed head of Lucas' recently created 'Industrial Light & Magic'), he sat with a small group of creatives and slowly built everything needed for the film...from scratch. Knowing they couldn't phone in any level of detail on the models or paintings, the crew worked hard creating a brand new way to approach the visual effects shots that ultimately raised the bar for future films and gave them a stepping stone to work from on their films.