Why authenticity in branding will make you great

Check out video version below

In our previous post, I discussed the importance of building a brand from the bottom up. Starting with who you are and going from there, as opposed to starting with where you want to be and trying to dig backward. To illustrate that process and the fruits of it, I wanted to focus on a particular example of work that we've done for a client with a unique brand: Karben4.

Karben4 is fun. Really, really fun. Part of what makes them so great is that they don't take themselves too seriously. We're not trying to tell some super deep, emotional story. We're not trying to establish or even appeal to a rich tradition of beer making that goes back for generations upon generations. We're not going to turn this into some hipster, artisanal mumbo-jumbo. Beer is fun—so let's have fun. 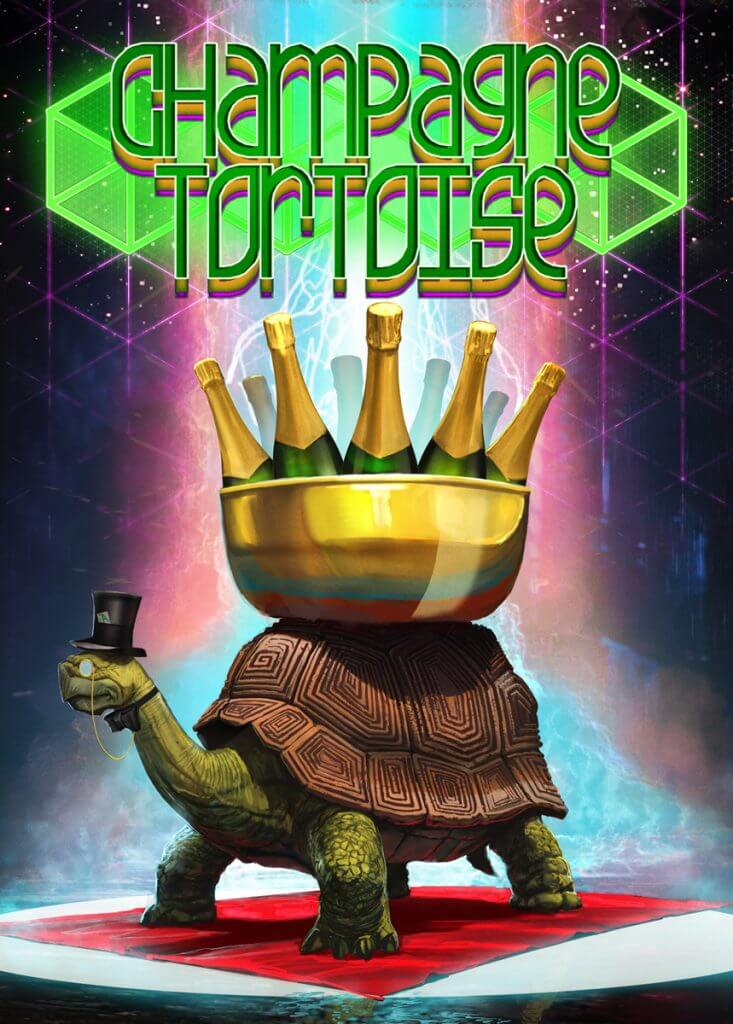 The original artwork for Champagne Tortoise.

The process for packaging begins with an idea or a theme from K4. That collection of thought is then given to the artist who creates, effectively, a digital painting to encapsulate and enhance those ideas. Then, K4 will give that artwork to us and we'll make a package out of it. Sometimes we'll move things around so they fit better, or massage things around to emphasize or de-emphasize different elements of the art.

As we were looking at and thinking about Champagne Tortoise, we wanted to explore the space a little bit, for various reasons. First of all, there was some question about whether another alcohol container (a champagne bottle) could appear on the packaging for a beer, and whether or not it could be deemed confusing or misleading to buyers. Second, there was a desire for a greater emphasis on the idea of a stuffy, monocle-clad tortoise being funny in itself. Given the time crunch created by the delivery date, going back to the artist to address these things was not an option.

Good day to you, Dame Maggie Smith. I say, you're looking old as ever. Cheerio, then.

Several attempts were made at building a scene around said tortoise (appropriately named 'Burrows') that centered mostly around exploring the story behind those uber-staged, prim-and-proper family portraits from the late 19th and early 20th centuries. Ultimately, though, the omnipresent reality of a deadline loomed over all of those potential avenues and stopped them before they started.

Turn the Beat Around

As we spun our wheels trying to place Burrows somewhere, an early inspiration behind the Champagne Tortoise name resurfaced: those goofy glamour shots from the 80's. Bereft of any semblance of self-awareness, your everyday Joe could pay a photographer who-knows-what to be given the glitz and glam treatment and made to look like you belonged on the cover of Vogue. Then, 30 years later, you'd be sure to wind up on some tumblr blog for our enjoyment.

The ideas had a similar foundation—stuffiness is funny. After that, though, it didn't seem like negotiating a marriage between the two was going to work.

The frustration and difficulty of having ideas that we couldn't quite express created something of a pressure cooker. That turned out to be the perfect environment to produce something authentically ridiculous: what if we made fun of that stuffiness by turning this box into a meme?

Just to see what it looked like, I typed out Champagne Tortoise in Impact. All-caps. White with a black outline. Memes have a top line and a bottom line—what should go on the bottom?

Cue ten minutes of laughter. We loved it. We shipped it, printed it, and the rest is history. 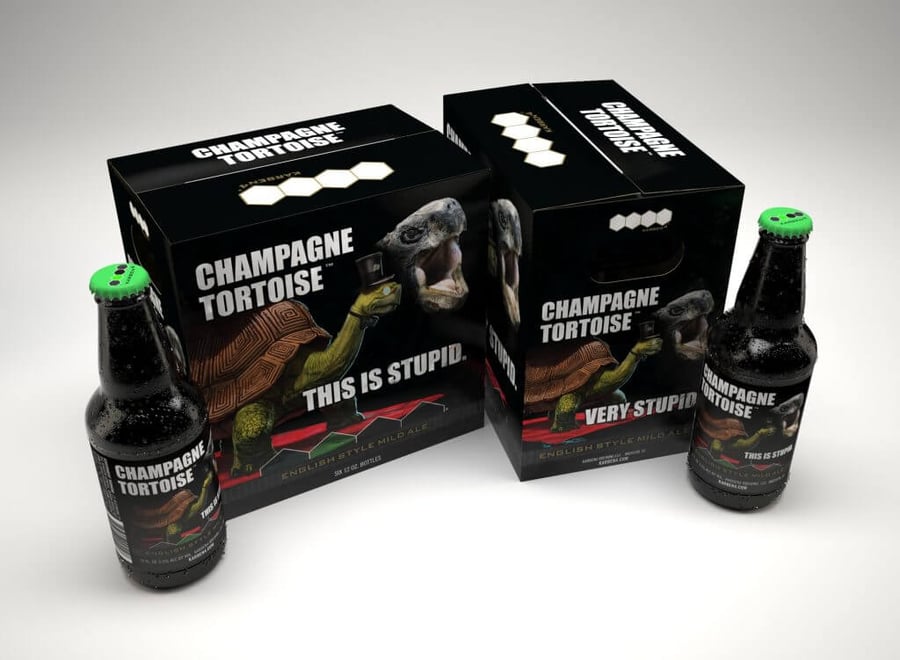 One might question the decision to put "this is stupid" on something you're trying to get people to pay money for, and that would be a fair question. However, this is an example of staying true to yourself and to your process, and being unafraid and unapologetic about who you are as an organization. Criticism can come and that's fine, but one thing that Karben4 will never be criticized for is being fake, or pandering to societal expectation.

Damn the torpedoes. Throw a meme on your box and tell the world you know it's inherently stupid. You never know...people just might love you for it.

This entry was posted in Brand, The Let's Backflip Show, Graphics, Musings