The Best and Worst Super Bowl Commercials of 2021 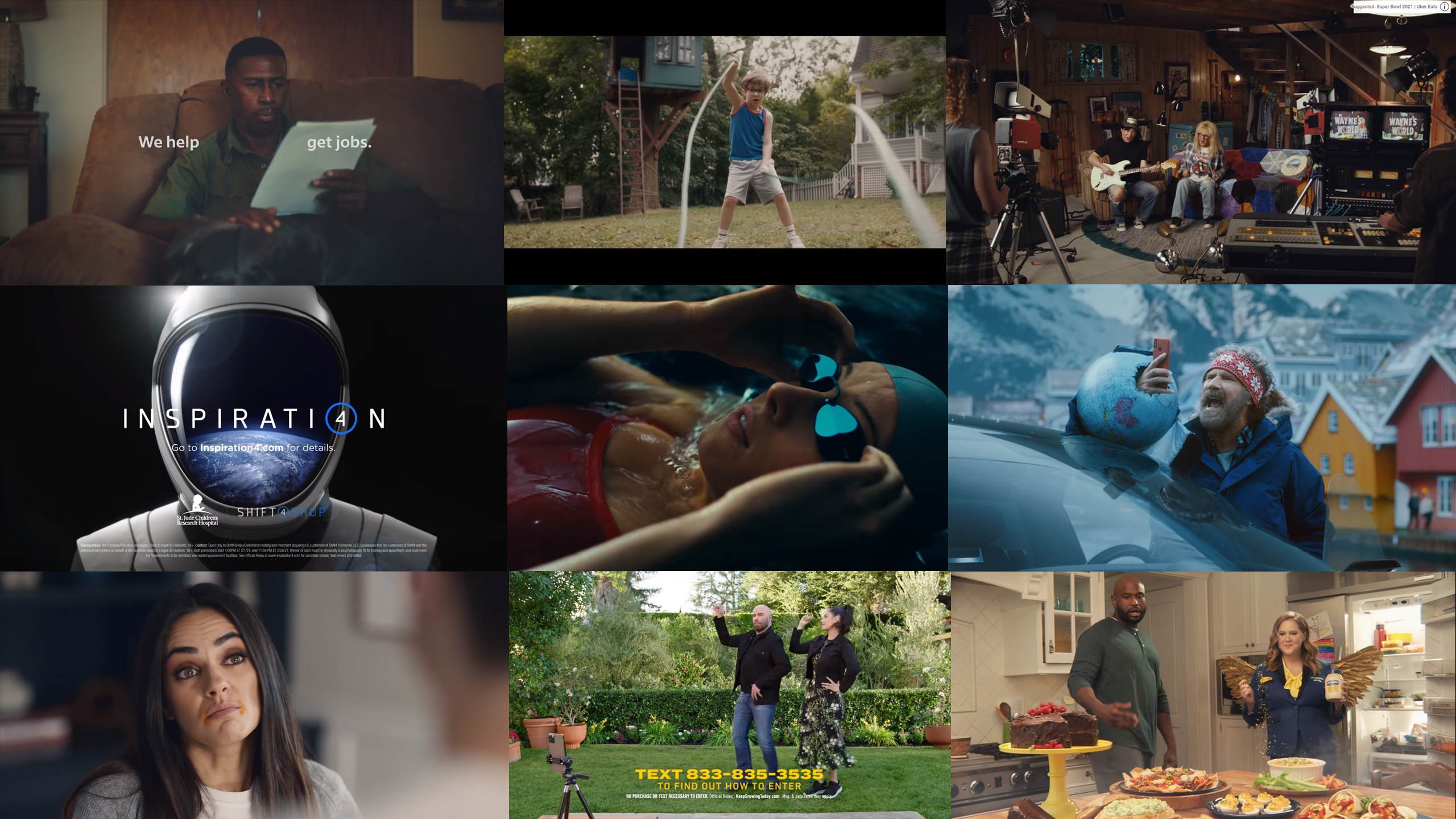 It's another year, and by golly despite it all we got another Super Bowl. But this is not a sports analysis. We won't be talking about the greatest quarterback who's ever lived vs. the new star, or about how Aaron Rodger's quarterback rating is the highest and we still can't make it to the Super Bowl 😫. No, today we're here to talk about the winners and the losers of the Super Bowl commercials.

Overall, I was less than impressed. This year seemed to be much tamer than most years and when companies did go for comedy, they often blew it. The comedy this year often felt like an old person saw something was popular and said "let's do that TikTok thing." We're looking at you John Travolta in the Scott's & Miracle Glow ad.

Just to help you calibrate, here are some of my favorites over the last decade.

You'll notice very clever use of brand, cuteness, and expert filmmaking. Without further adieu, here are what I think are the best and worst Super Bowl commercials for this year (with special feature from John).

The shots are awkward, and the jokes are just bad. This is what I was talking about above where the comedy feels like an old person trying to write jokes for the 'youth' because they heard of a trend in the newspaper.

This was especially disappointing since all of the individual ads that this ad brings together are actually quite funny. It's almost as if the entire premise was "these characters are funny, so they must be funnier together." They did not work together and every instance was cringeworthy.

Ryan's Pick - The Worst: Cheetos - It Wasn't Me

This just really didn't work for me. I dig Ashton Kutcher, Mila Kunis and have listened to the song by Shaggy on occasion, but I just cringed the whole time. The joke is over after the first 10 seconds but the commercial just goes on cringeworthy minute after cringeworthy minute. It does no favors to the ad that the singing is super pitchy either. I wanted this so much to work but I was embarrassed, in a sense, watching it.

The worst ads this year were the ones that were the most tone deaf or inauthentic. Robinhood, Ford, and the NFL all missed the mark for me with their commercials. Robinhood's commercial didn't say anything in particular, but maybe that was the mistake. A mere 2 weeks prior to the Super Bowl was the massive surge in Game Stop stock among a few others followed by the locking down of trading for Robinhood users resulting in huge loses for some or just the inability to participate in trading for others. Ford "Finish Strong" was uninspiring to me because it feels like beating a dead horse. I think we're all tired of politicians and celebrities telling us how we should all feel about the pandemic and about the proposed timeline. "Finish strong, we're almost there..." Really? When? And why is Ford telling me that I should just continue to suck it up and not see my friends and family just a little bit longer?

The NFL also came across a bit tone deaf to me in their announcement of a $250 million donation to "end systemic racism". Now this is certainly a loaded topic and I don't claim to have the answers for you, but it seems insensitive to me to say that money will solve everything. Stick to "let's enjoy a game together" kind of messaging. One of the biggest perpetrators of disingenuous advertising this year was Anheuser-Busch. Before the Super Bowl, they proudly announced that there would be no Budweiser ad for the first time in 37 years so that they could donate money to COVID-19 vaccine awareness and education. Wow. Making a big statement. Imagine my surprise then when I saw commercial after commercial after commercial advertising their products. Oh! I see. We're splitting hairs with the details and simply not having a "Budweiser" ad. By the way, what logos are at the end of this commercial?

Ok, let's shake that off. Now let's talk about the best ads.

This one was simply and beautifully shot and the message was touching and very well communicated.

Are you kidding me? I'm 100% in. This is amazing, it almost could be an ad for a prequel to The Expanse.

So cute. Especially after the Robinhood disaster of a commercial.

This one almost didn't make it. It feels like an old joke jumping on trends, but that's also part of the point. I loved seeing Wayne and Garth and they completely make fun of Super Bowl ads by doing all the things they're making fun of. I'm a sucker for meta comedy like this.

Yes, yes, yes. As I get older I'm definitely more sentimental but this was beautiful. The story was moving, and the production was exceptional. The story is beautiful and a surprising pro-life & pro-adoption story. I did not see that coming from Toyota. Production wise there were great visual/special effects that amplified the story. When Jessica swam up to the ledge of the pool the split with her parent's kitchen was an amazing effect. I'm not sure how it relates to Toyota except having a positive message but this one gave me all the feel goods and really engaged me.

The best commercials this year avoided the tired political talking points and simply entertained us with great spots that advertised their products. Will Ferrell was amazing in the General Motors spot about Norway. Sometimes, Will Ferrell can be a miss because we know what we're getting with him. In this case, we expected it and it did not disappoint. The punchline was also a perfect jab at the majority of Americans in our lack of knowledge about geography.

Jimmy John's amazing "Meet the King" ad was a perfect display of expertly executed content marketing. The story was compelling throughout and I love the fact that Jimmy John's is confident enough with their brand and respects their audience enough to have the main antagonist in the fake movie trailer consistently refer to them incorrectly as "Jimmy's John". It's memorable and the viewers know what he means. Too many brands are afraid to poke fun at themselves and they miss out on great comedic moments like this.

What do you think? Did we pick the winners and losers? What were your favorites and least favorites?