Fear and Loathing in Starting a Creative Career 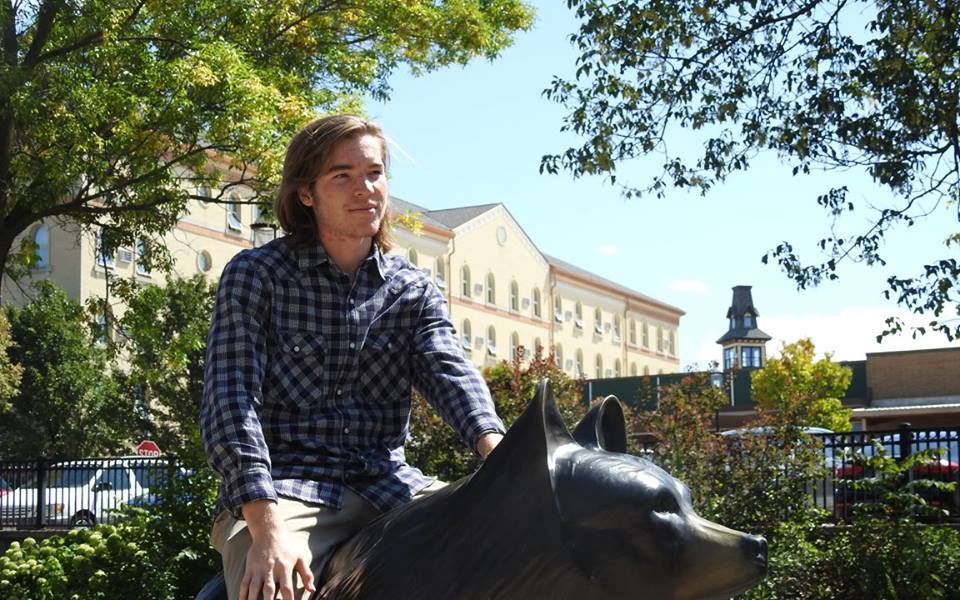 “I was not proud of what I had learned but I never doubted that it was worth knowing.” 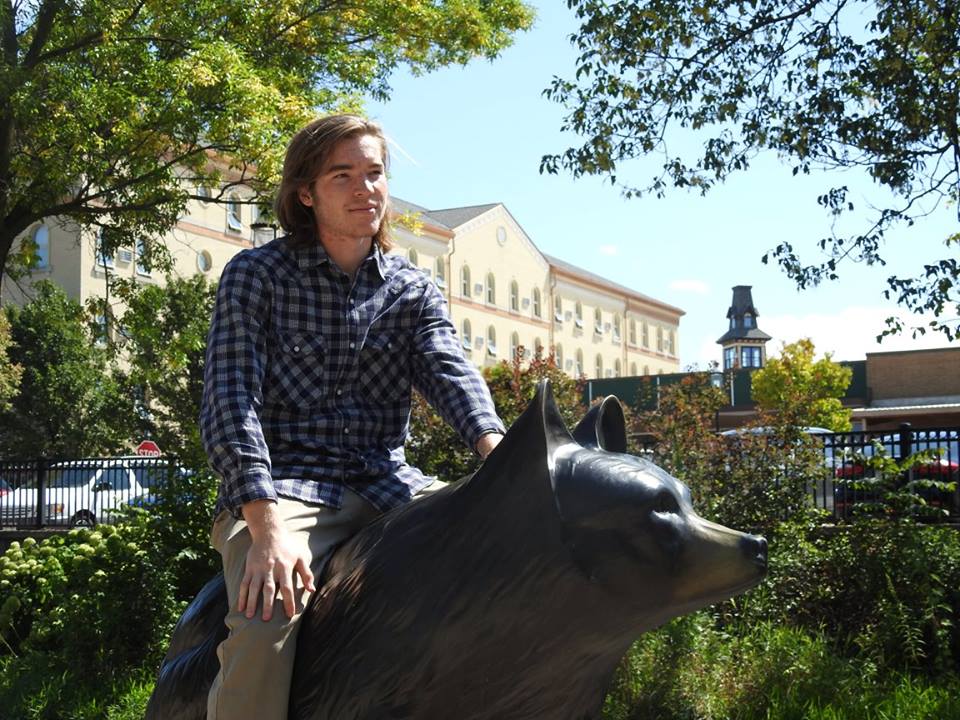 It is easy to be overwhelmed with excitement as you, a young creative, start your burgeoning career. A world of opportunity lies before you in the form of a marketing agency. Visions of grandeur in the form of lucrative contracts, fun collaborative office settings and awards as far as the eye can see! While I believe there is nothing wrong with having high hopes, you should also acknowledge that the creative world is a beast that cannot be tamed. You can only learn to embrace the insanity of it all.

So what do I know? Nothing. I’ve been passed around a few agencies...Phrasing... While my career is young, I have noticed a few things about the agency world. If you so choose I can take you on a journey through the good, the bad and the weird of my experience thus far.

Mostly just weird, I like to give the people what they want.

When searching for work, I was hit with a tsunami of agency websites that all said “We are creative, unique, fun and cool!” Really original stuff, eh? Some even dared to make a PG-13 anecdote similar to “We are batshit crazy, but good!” Oh man, don’t cut yourself on all that edge. So hip and with it! Am I right fellow kids?

While there isn’t anything inherently wrong with having lame, overused taglines, just keep in mind that this a CREATIVE company that used copy-pasta to describe themselves.

A fun discovery I made about some of these agencies is the actual number of employees. I walked into several agencies that listed 10 or so employees only to find that 2 of them are real. What happened to the others? Did they quit? Are they fake? Were they ground up into a blood paste to feed the machine? These are all thoughts that raced through my mind as a sit opposite of two dudes who want to give me money to “make fun things.” If you happen to be a creative agency, don’t do this. It makes your agency seem like the “windowless van down by the river” type of agency.

I figured this was the end. If it weren’t for my instincts comparable to that of a kitten hopped on too much iced mocha, I’d be neck deep in a stew of low quality work with even lower pay. These guys also screamed horrible things at their Amazon Echo. While I don’t hold much credence for machines, a wise woman under a bridge once advised “Trust not in the machines, but never pledge your fealty to the man that insults said machine” she beckoned, “For his punishment will be far worse than that of Sisyphus!” She then whisked back to her timeline leaving behind the documentary Terminator.

Just kidding, I continued to work for agencies like this for about half a year.

As I scoured through the sites and postings of my former employers looking for red flags, I realized how naive I was.

Truthfully, it isn’t very hard to discern the creatives from the bs artists. Upon graduating, I was so desperate that I ignored warnings that were as loud as an air horn powered by a Boeing 747 jet engine. Stock photos everywhere, employees that changes with each month and vague messaging

It became apparent that I was not blameless for getting involved with these agencies. Perhaps I am part of the problem. I ran out into the storm with a metal rod on my head labeled “young and cheap labor” instead of taking just a moment to think that maybe that is a bad idea.

I took the jobs at market minimum, no benefits and false promises. These agencies told me they aim to become Pentagram or some other highly respected name in the industry. That’s nice, but Pentagram already exists and they were not Pentagram. I fell for it. Honesty knew no home here, respect was worthless and ego is a currency.

The real motto of the company was “just be happy that you have a job in an industry where someone younger will gladly take your job for less.” I found they carry no guilt in working people into the ground and threatening them when they start burning out. I saw grown men transform into children, witnessed valued employees be reduced to nothing more than a scapegoat, and passion crammed down a 7/11 toilet. I had but one choice. I gathered my belongings, said my farewells and gracefully crab-walked away in search of a new agency.

Then I found a really cool agency and everything worked out. Just kidding! I promptly got a ticket aboard the agency spank train. (I have no clue what I just wrote)

I made it to what seemed to be fairly safe harbor. I lowered my sails turned starboard towards port and...alright this is getting nautical, I MEAN nonsensical! (alright, now this is just out of control) They didn’t claim to be too much. Just a couple of guys being dudes.

I was brought onto the team on contract, but soon learned it was a cesspool of awful time management. My job was damage control as a large majority of their client work was months behind schedule. The on-boarding process was very helpful. I was told “I have no clue what any of this crap is. I’m just here to get clients in the door.”

Not helpful, but honest at least. I finished my contract and l respectfully parted ways.

I returned home and began my post-mortem analysis of the agency. I saw they made a podcast and decided to give it a listen, however, my internet decided that I am not worthy of podcasts.

Or so I thought…

I had entered the realm of the phantom podcast.

I chalked it up to an error on my end, however, upon further investigation I discovered that they had taken photos of themselves with microphones and photoshopped in a video player overlay. Now that is a level of crappery that I applaud for really thinking outside of the box.

I laughed and moved on. In retrospect, I should have been wary of those who call themselves entrepreneurs.

How many entrepreneurs does it take to change a lightbulb? None, entrepreneurs can’t do anything themselves. I have found many “entrepreneurs” have traded their morality for the appearance of success. Empathy is not a word in their vocabulary. Employees are more like Roombas than humans in their eyes.

Some do find great success with this schill, but often stumble into it. Agencies run by people of this sort are the Ford Pinto of the creative world.

Sadly, I witnessed an individual who chased the dream of becoming some sort of Instagram Influencer. In a world with rockstar creatives such as Aaron Draplin, Paula Cher, or a Chris Do, I too have found this to be a seductive dream. Solely striving to become an influencer is nothing more than a pipe dream.

They were in too deep. Value was measured by likes, happiness by sponsors, and love had been taken hostage by material possession. Flashy tech, nice cars and several houses were purchased in the chase of that Viral Dragon. A chase that led to a few people saying “that’s cool” and the cannibalism of their agency. Years of work and passion now took the form of a snake eating its own tail - only to be driven mad with more hunger.

All employees perished, but our identities still remain on the agency’s webpage for the sole reason of attracting the unaware and trusting. They see our picture and title as a plaque to be celebrated, when in reality, they are tombstones.

My short journey thus far may seem tragic and self-loathing because partly it is. I am not blameless though. I ignorantly pranced around these agencies hoping for a dream come true.

I am happy to say that I did my homework this time and rolled into Backflip. They have four people on their team page, but there's actually nine people at the company. I think I've found something genuine, because they've even let me write a blog post like this! Backflip is weird, but the good kind of weird. Not the “plays with bugs” kind of weird.

This entry was posted in advice, career development

← How to choose a Creative Marketing partner
Directing like a Cinematographer →