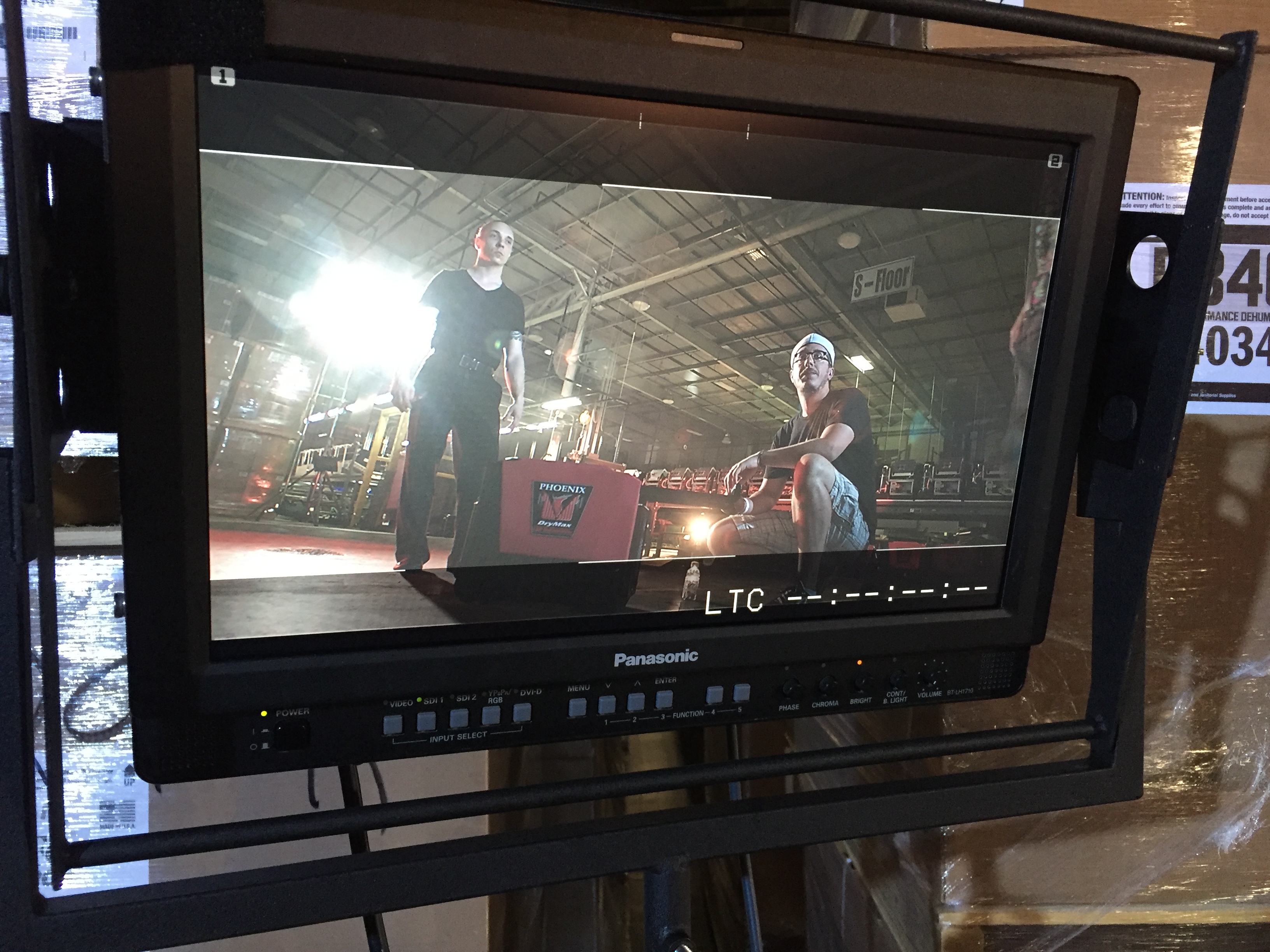 We're in a different place than we were in March of this year. Whether you believe this or that, the fact of the matter is that production is changing. The Directors Guild of America, the Producers Guild and many others have released their guidelines on how to safely run productions. This ranges from having as many people as you can remote, including the director, to having everyone wear masks and only touching their own equipment. Hopefully this is a temporary measure and we can go back to normal next year.

Amidst this, however, I'm seeing filmmakers do what we do best: innovate despite our limitations. People are developing workflows to easily allow for remote viewing on set, and even writing creative treatments that have fewer people on camera. The content continues to be engaging and in some cases more impressive due to the constraints.

Because of this, it's even more imperative to return to our roots as creative problem solvers. One of the ways that we do this is to get into different head spaces. This is one of those head spaces: Directing Like a Cinematographer.

Let’s do an exercise, shall we? I will name off a few directors, and you think of something memorable from their movies. Ready? Ok, let’s go.

Yep, that’s what I thought.

It's not crazy, it's poignant.

Throw you for a loop with this director? No worries, that’s what he does in his films.

Ok, so what was the point of this exercise? I wanted to get you thinking (in a blog post??? *gasp*). If you’re reading this you probably have some love of film; whether it’s a hobby, profession, or relaxing pastime. Because of this interest, you see beyond the colors. You see the patterns in the matrix which each director creates.

What follows is an exploration of the idea of how one can direct like a cinematographer, what that means, and how we can look at the pros to learn more. This is not a totalitarian regime-istic decree that one should always direct in this matter, rather it is an attempt to shine a light into when one should work through this particular lens.

Above, Ryan is directing in California a scene from our feature length documentary Power in My Hands. He seems to be trying to calm the waves with his outstretched hand before we shoot.

Before we look at the directors mentioned above, let’s review what we know about what a cinematographer does. The cinematographer is second, creatively, to the director. The director has the reins of the vision and it is his/her job to guide all the departments down the difficult road to making a film (or shorter commercial/promo). The cinematographer is the primary artist responsible for executing the director's look and feel of the film. They generally choose the technology necessary to capture the moving images, as well as work with the heads of other departments to make sure everything stays within the visual style established with the director. They sometimes run the camera themselves, but often have other people to operate. This is a cinematographer’s overall responsibility.

On set, a cinematographer wears a few hats. They must work with the director to figure out the blocking and camera work needed to capture a scene (for bigger productions this is done in pre-production). They work with the lighting and grip departments to get the camera and lights to where they need to be. And lastly, they work with the other art departments, makeup/hair, props, set, etc. to make sure everything is working hard within a scene. The last thing you want to do is spend time and money on anything that won’t actually be seen in a shot. It’s through this nexus of coordination that the cinematographer is able to bring the directors visual vision to life. 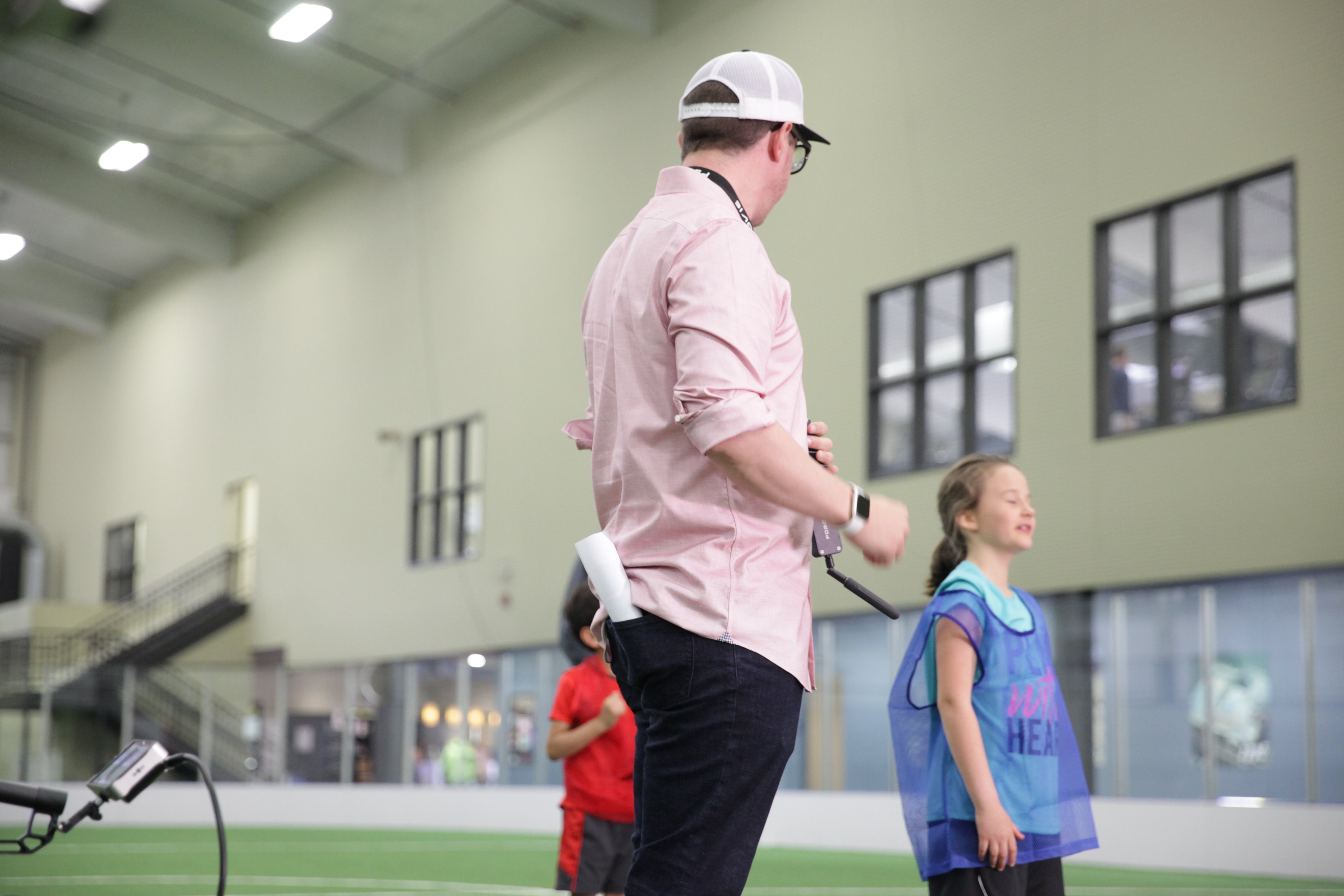 For me, the concept of Directing like a Cinematographer is the act of taking the visual toolset of a cinematographer and to use it to solve your story or production problems and needs. To use an off-kilter shot to communicate discord, to use occlusion and an extreme close-up to communicate intimacy with the subject. This thinking is extra necessary when there is not an actor, or interviewee on screen to convey story. As the director, you have to figure out how to convey meaning through the visual language that you speak.

As an example, here is a project we worked on with Charles Warner at Madison Gas and Electric. The project is titled Electric City. With this short film, we wanted to tell the story of DJ Radish in a way that was visually captivating. At the same time, we didn't want to have any speaking. Because of these challenges I planned out our shooting style and shots in excruciating detail with our team. It wasn't a paint by numbers on the day of the production, things definitely changed, but I had already thought through and designed most of the shots that we needed to capture. All that was left was to execute and see if any new ideas came up during the process of shooting (which definitely happened).

Spielberg has created a many techniques all his own. One of my favorites is the story driven hidden oner.

Wes Anderson, on the other hand, uses the frame in a completely different way. He constructs tableau’s which by themselves elicit great emotion from the viewer without the characters having to do anything. This includes his amazing use of center framing and symmetry. 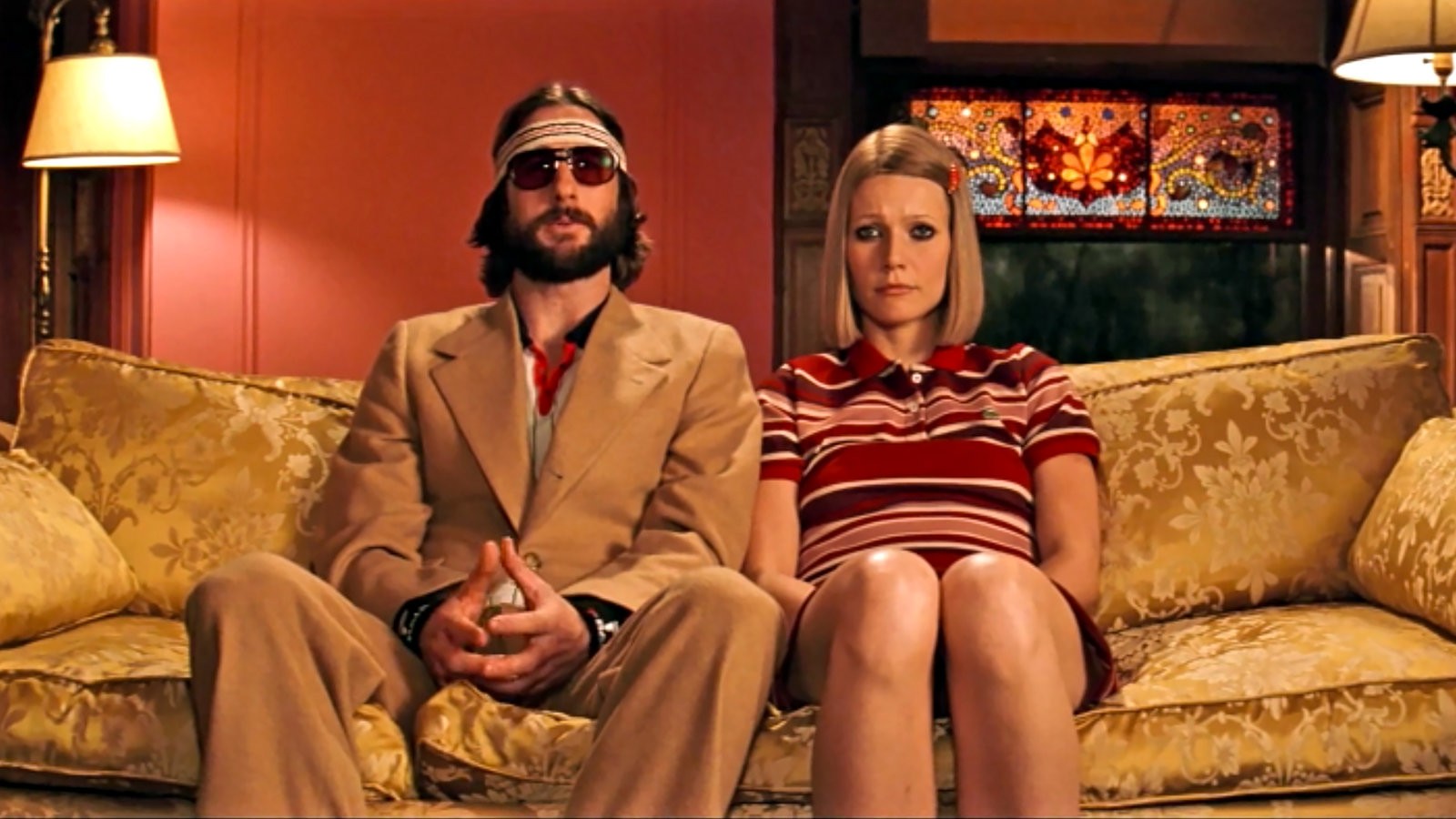 Del Toro, uses his colors and the weight of light dramatically. 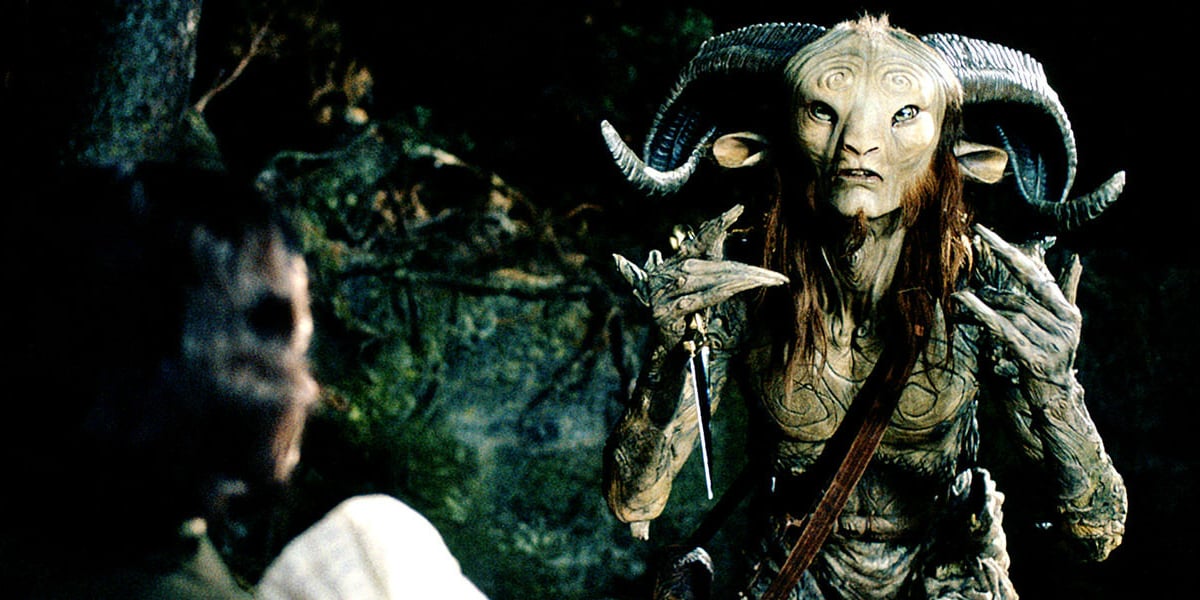 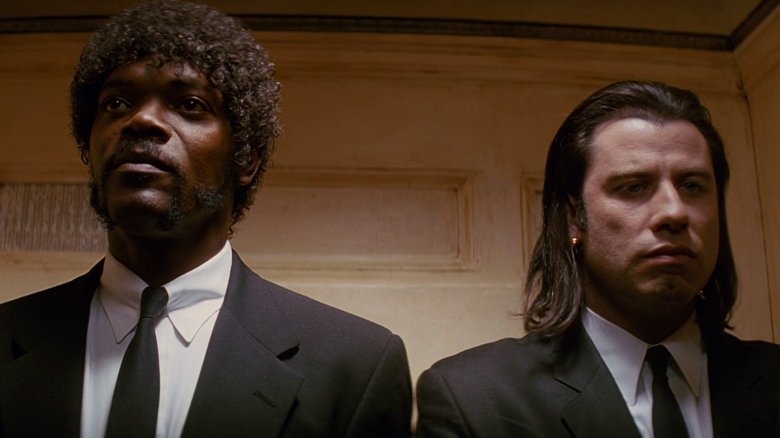 And last, but not least, Ozu, who used camera moves to lull you into complacency then hit you with a dramatic reveal. 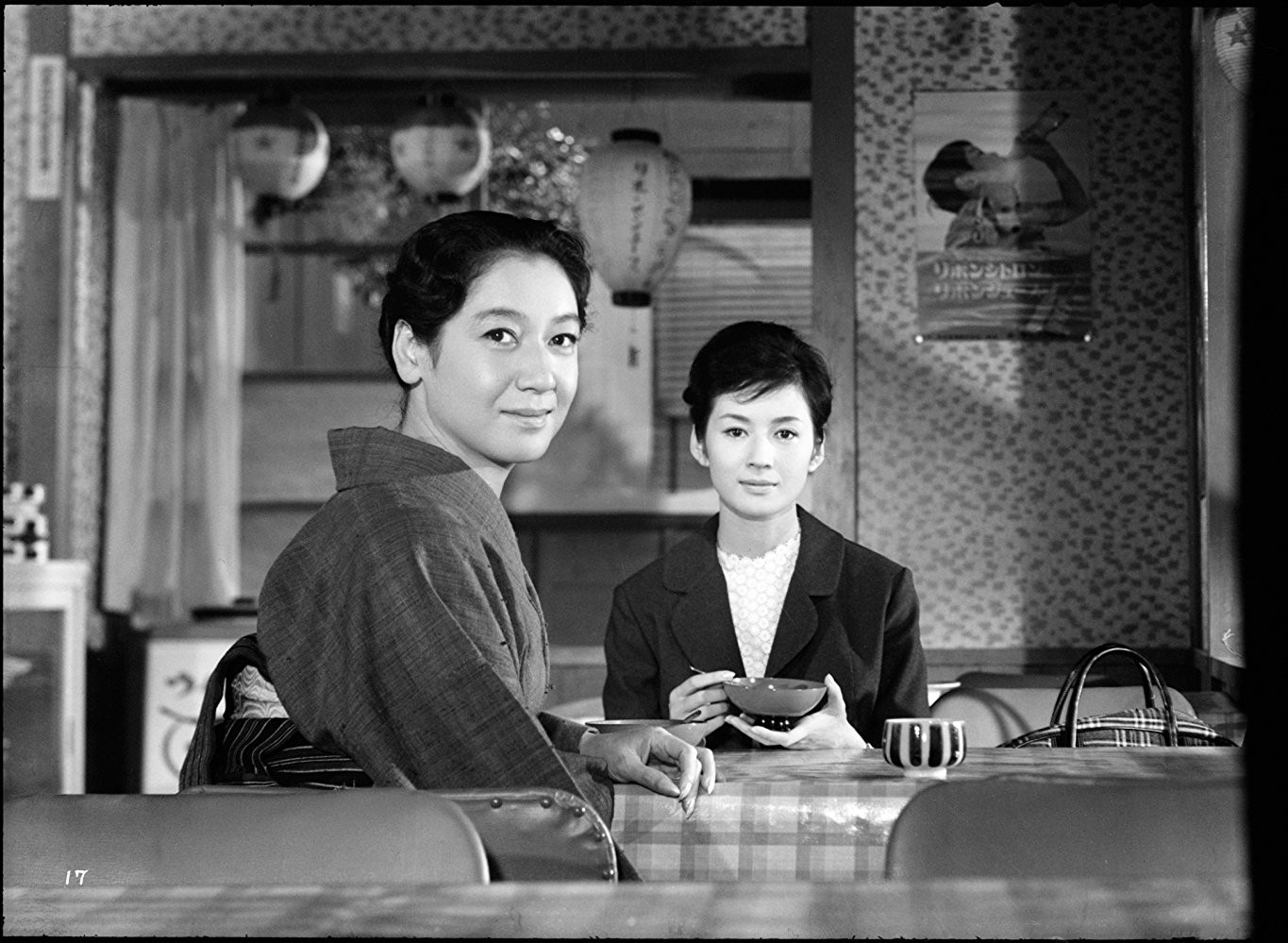 So, why is important to direct and think like a cinematographer at times? I think the simplest answer is that cinematography, while only one of the many tools in a director's tool-belt, can be the most apparent. It’s the one tool, that with a slight change, can have the most dramatic effect. If you were to add a belt to a costume, it might not do much to the scene, but if you tilt the shot slightly off the horizon, that is the same scale of tweak as the belt, but can have a great impact on the story.

Thinking like a cinematographer also makes the conversation much easier with the cinematographer/dp, and when those two people are in lock-step, it’s much easier to translate the ideas to other people and departments. When a director can see the story in his or her mind, they can more clearly communicate the way that they want to tell the story. The more clearly they see a scene, the better they can collaborate with the wardrobe department, the set people, and the actors.

When you direct like a cinematographer you have a chance at understanding the story as your audience might. But let’s be clear, you shouldn’t always do this, just when appropriate ;)

This entry was posted in directing, advice, production, cinematography