Special Effects: Rotoscoping the 135% Enlarged Man in After Effects

Our hero having just fought off a series of highly skilled ninjas, finds himself trapped as more close in on him. He backs up carefully, eyeing up each fighter and deciding which one to take on next. Before he can attack, he hits an unmovable force behind him. Turning around, he finds himself face to face (or chest really) with a massive figure, breathing and snarling down at him. The haze of the warehouse casting across the 135% larger than real life man briefly obscures his face and it's only then that our hero realizes the man is partially invisible.

Is the large man supposed to be partially invisible?

Then why is he?

A scene was shot that involved two regular sized men fighting one another, however one of the men needed to be "larger than life" or about 35% larger than normal. This is a fairly straight forward visual effect shot as it was filmed with the foreground man in front of a green screen reacting to nothing, the man-to-be-enlarged in front of a blue screen swiping at the foreground man, and an empty background plate for good measure.

I'm getting to that point. 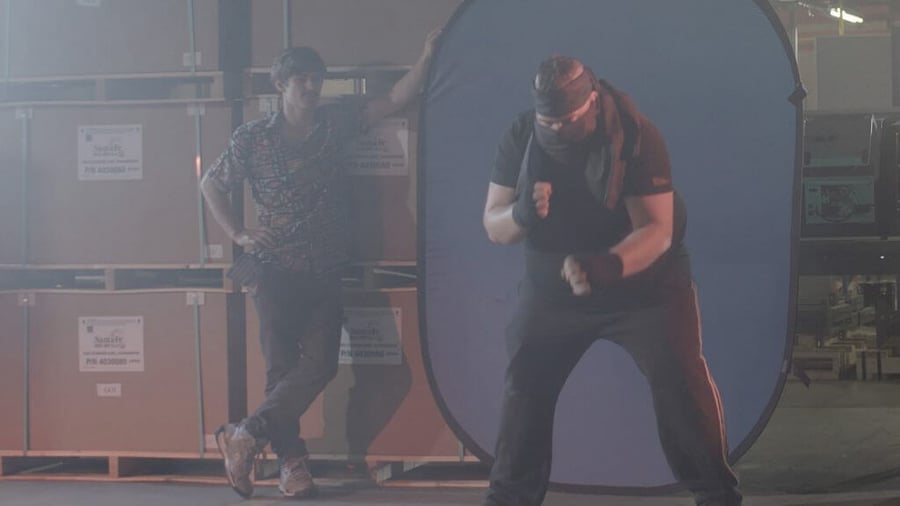 The set was dramatically lit with blue and red lights on both sides of the actors, and shot in standard raw flat profile to make color correction easier later on. The location was then filled with a slight haze to finalize the look (which looks amazing on film, however added another level of difficulty when compositing the sequence together).

The haze, combined with the flat profile, faded the blue screen behind the 135% man causing the screen color to come out closer to that of the exposed skin of his body (which had a blue cast to it due to the light shining from off camera).

The issue was completely unintentional as the scene was shot exactly how you should have done it (maybe without the haze added but visual effects houses constantly have to work with footage not shot or intended to be visual effects shots). However a combination of the flat profile, the haze, the lighting, and the clothing worn by the actor, resulted in a shot where a key couldn't be pulled cleanly.

No matter how hard you tried...

No matter how many instances of Ultrakey you applied to the shot...

It quickly becomes apparent that you have to...

ROTOSCOPE THE MAN OUT BY HAND!!!!

The Fix, Part 1: Deciphering Your Stuff

Okay, it's really not that big of a deal. Over the years After Effects and other compositing software has gotten easier to use when it comes to rotoscoping. A few years back, After Effects even added the Rotobrush which works decently when used on properly shot footage (or if you're looking for a horribly pixelated/rough edge appearance on footage not properly shot). Many times when it comes down to it, a hand done rotoscoping job is your best option even if you don't want to admit it.

Here is what you quickly realize when looking at the work before you: 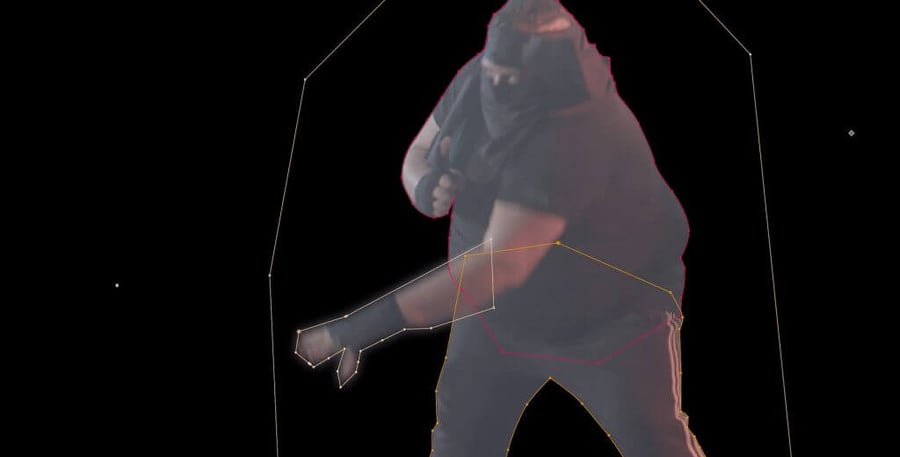 So you know what you have to do but how do you start?

No really, that's basically it.

What? No detailed breakdown of every single step like in the previous article?

No, honestly, there's no right or wrong way to rotoscope someone. Some users will tell you to do a highly detailed mask for every single frame. Others will say you should do a rough mask (still getting close to the subject obviously) and do it every so often.

Me? I say do a combination of both.

The direction you go will be based upon the footage you're rotoscoping out. For this project, the actor didn't move much below the waist, which meant I could get away with a mask that I only had to animate every 10 or 15 frames (instead of EVERY frame). His upper body moved quite a bit since he was flexing and swinging at the protagonist. For that, I simply went through every 15 frames and made keyframes. Then scrubbing back through the footage, I watched to see how well After Effects followed the motion the actor was doing. For the most part it followed along well, only needing to make a few minor adjustments here and there.

Of course this is just how I accomplished this shot in the time I had available. If I had more time or others helping, we could have gone back through and done even tighter roto work around the actor. However I knew there would be an old film grade added over the footage which would defocus and add grain/grit to the shot, covering any minuscule rough edges.

TLDR; For you skimmers, here’s a lesson recap